On Friday, December 4th, former Clemson quarterback Kelly Bryant announced that he will be using his final year of eligibility to play at Mizzou for the upcoming 2019 season. This is a huge gain for Missouri, as the current quarterback and 4-year starter Drew Lock is graduating this offseason and will look to further his career in the NFL. Missouri is returning 3 starting offensive lineman, 3 running backs all who contributed this year and are only losing 2 major receivers. Bryant is transferring 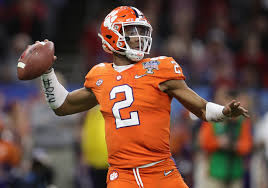 from Clemson after the starting job was given to major recruit Trevor Lawrence. Looking ahead to next year, Missouri’s non-conference schedule is highlighted by a West Virginia team that is losing their 2 best players and replaces Alabama with Ole Miss in conference play. Although factors may change in the future, Missouri is definitely a dark horse to win the SEC East next season.